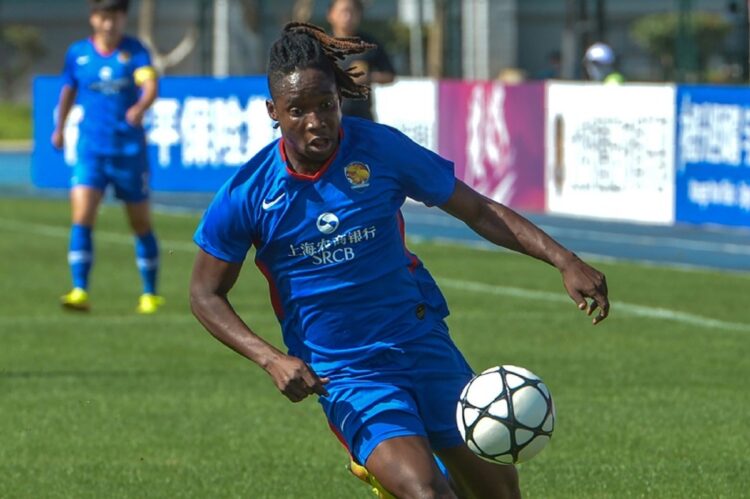 It was a very quiet weekend for the Zambian Female Footballers Abroad with only Barbra Banda taking to the field.

SPAIN 🇪🇸
In the Primera Iberdrola, Racheal Kundananji and her SD Eibar teammates had an off weekend.

Over in the Reto Iberdrola Zambia Women’s National Team striker Hellen Mubanga and her Zaragoza CFF had an off weekend. Club/country-mate Racheal Nachula is on in the injury room nursing an injury following successful surgery early this week.

TURKEY 🇹🇷
Zambian striker Misozi Zulu and her Kakkeirgucu Sport teammates had an off weekend.

PR CHINA 🇨🇳
Barbra Banda featured for the Shanghai Shengli side that was condemned to a 2-1 defeat in their China Taiping CFA Women’s Super League encounter away at Jiangsu Huatai. Shengli got their goal courtesy of Chinese midfielder Zhang Xin.

GRACE CHANDA ON TARGET IN SPAIN